How to identify border threats 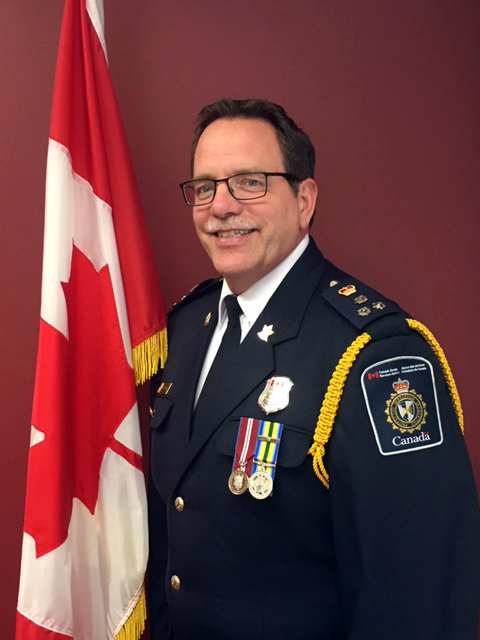 Michelle: Hello everyone, I'm Michelle Criger, Director of Education and Advocacy for the Canadian Society of Customs Brokers. Here with me today is Paul Porrior, Director General of the National Border Operations Centre from CBSA.

Thank you for tuning in to today’s discussion about commercial threat identification and how customs brokers can, and do, assist CBSA, in identifying some of those risks. And although we refer most often to brokers, this conversation applies to importers, carriers, exporters, and freight forwarders, and everyone else involved in the trade chain.

We’re going to discuss indicators of suspicious behavior based on experience, and indicators that the CBSA would like us to be on the lookout for.  And we’ll also learn how to report suspicious activity to the CBSA.

Paul: Thank you, Michelle. The brokerage community is in a unique position to support the CBSA’s goal of keeping Canada and Canadians safe, and I really value this opportunity to reach out to them with the CSCB.  You, as brokers, are part of Canada’s first line of defence and play a key role in helping the CBSA keep our communities safe.

Commerce is a dynamic and fast moving business, and both the customs brokerage community and the CBSA have a vested interest in speeding up the movement of legitimate imports and exports across the border, leading to a safer, faster, resilient, and more economically competitive international trade process.

The CBSA also has the challenging responsibility of identifying high risk people and goods at the earliest point in the trade continuum and ensuring that we  stop threats before they reach our borders.

Michelle:  Paul, what does the threat environment look like from the CBSA’s perspective?

Paul: Transnational organized crime groups smuggle contraband goods, such as fentanyl and firearms, for criminal profit, directly impacting the safety and security of our communities.  The threat of internal conspiracies is real within the travel and trade chain, and facilitates criminal activities.

Threats can be present anywhere both before a shipment has left  Canada or after it has arrives here,  for example in offices; loading docks; warehouses; manufacturers’ and importers’ facilities; at the border; in airports, marine ports, and mail processing centres.

The CBSA is vigilant of new and emerging trends, and is continuously seeking out new methodologies to counteract them while improving the free flow of people and goods.

The CBSA is committed to strengthening partnerships with various law enforcement partners and stakeholders to collaboratively enhance the safety and security of Canadians.  As I mentioned, customs brokers can play a big part in assisting the CBSA in identifying these threats.  The opportunity that we have to partner together can make a huge and real difference.

Michelle: How can we make a difference, Paul? How can customs brokers do to help?

Paul: Your community is already an active partner, Michelle, and the CBSA looks forward to strengthening an already great relationship. How about we start with you sharing some of the indicators customs brokers have already encountered so that others can learn from them? Then, I will give you other indicators of suspicious behaviour the CBSA would also be interested in hearing about.

Michelle:  Sure Paul, I have several examples.

In the first case, one of our members received a manifest for a client for a commodity that they normally do not import. When the broker asked the client for a commercial invoice, they stated they did not have one because the shipment wasn't for them. The broker then asked the client to check to make sure no one in their organization had ordered these goods. Once the client confirmed that no one had, the broker advised the CBSA of this suspicious activity. And prior to any Partners in Protection, or PIP, training, the broker’s staff would probably have simply returned the manifest to the steamship line, stating that the goods were not for their client.

Here’s another example. One of our members had a client who was very anxious about an expected shipment of vegetable tubers. The client called several times to make sure everything was in order so that the goods could be released immediately after their arrival. This was not normal behavior and the broker advised CBSA.

Let me give you more indicators of suspicious behavior that’s been brought to our attention:

Paul:  Thanks Michelle, these are all great indicators!  I want to emphasize that anyone along the trade chain continuum is positioned to identify these threats: clients who are purchasing or selling goods; customs brokers who see paperwork for imported goods; freight forwarders who arrange for the transportation of goods; vendors who can be aware of those unusual purchases, such as an importer of food importing large quantities of a controlled substance; and carriers who may be contracted to carry unusual or suspicious cargo.

In addition to what I’ve already mentioned, your members can also keep an eye out for the following:

Michelle: This is all great information, Paul!  Now that we’ve shared what kind of information CBSA is interested in receiving from brokerage community, I’m wondering what you do with it?  And how do we get this information to the CBSA?

Paul: The CBSA is always interested in receiving information that your members feel is suspicious, or just doesn’t seem right.

The trade chain process is one that has many touch points; something that may appear suspicious in nature may not become obvious until several touch points later in the process. The information that you provide today may  be useful down the road.

This information may become an important piece of an overall picture developed and enhanced by  our intelligence process, leading to the identification of a case or a trend.

Trade intelligence leverages industry knowledge and expertise to enhance the effectiveness of enforcement actions. Representatives from the private sector can work with the CBSA to identify issues of mutual interest and to provide the CBSA with targeting, enforcement, and intelligence information.

The CBSA can apply this intelligence to existing targeting and enforcement practices to better identify and focus enforcement resources on high-risk shipments.

Information and intelligence allow the CBSA to better utilize targeting capabilities, and respond to risks on an informed basis to facilitate the flow of low-risk, legitimate trade.

We have three principal ways for the industry, including customs brokers, to inform the CBSA of suspicious activity within the trade chain:

There’s also the Partners in Protection, or PIP, a cooperative program between private industry and the CBSA aimed at enhancing border and trade chain security. For more information about PIP, you may consult the CBSA website under the "Importing and Exporting” tab and select “Facilitating trade”.

And, of course, you should not hesitate at any moment to contact your local CBSA office directly. You’ll find the Directory of CBSA Offices and Services on our national website.

Remember, when you encounter suspicious behavior, report it.  You know your business best!  Be confident in the knowledge that you have of your environment, and report activities that just don’t seem right to you.  By saying nothing, we are condoning these activities and we  could jeopardize the safety of our families, our fellow citizens and our country.

Michelle: Thank you, Paul.  Links to the CBSA’s website and the toll free number for the Border Watch Line are available on our  website as well, and are also included in the narrative of this discussion.

Paul: Thank you, Michelle.  In closing, I’d just like to say thank you again for the opportunity to be here so that we could reach out to your membership together.

The brokerage community is an important partner to us, and is part of our front line defense. You are experts in your field, and are in a unique position to help keep us informed of suspicious activity that you encounter within the trade chain.

I thank you for your efforts to date, and look forward to continuing to work together and sharing the results of this very valuable initiative.